Wednesday’s opening day started badly for the blog when Music Master was suddenly no longer entered for Friday’s Nunthorpe Stakes – a bad scope given as the reason.
The main selection for the day, Postponed was an impressive winner of the Great Voltigeur to get some profit on the board early (despite Kingston Hill’s withdrawal giving a large Rule 4 deduction of around 40p in £ to the price suggested)
The anticipated good ground proved well wide of the mark with course records broken, and several non runners as the going turned onto the firm side
The going issue now adds another conundrum to what is an already difficult Thursday card in terms of finding value. Rain is apparently forecast tonight or tomorrow – so will they water the course or not.
It’s very hard to pick anything out for tomorrow without knowing what it is going to be like underfoot – if it does stay firm we can expect further non runners.
The last two races of the day don’t appeal much as betting races to me anyway but some quick thoughts on the preceding 4 tv races:

1.55 I don’t think I’ve ever seen so many firms offering 1/5 123 on this race before and fully expected someone to go out with ¼ 1234 (Corals and Ladbrokes only ones I can see so far – hoping for more to join them). Kool Kompany is the form choice but has to give weight all round and I would be looking to oppose him normally. Kevin Ryan has a good record in the race and Fast Act isn’t far behind in terms of form – 6 furlongs is new territory for him but the stable’s Hototo won with a previous similar record in 2012 and he would be top of the shortlist.
Marcano and New Providence appeal as potentially overpriced at double figure quotes.

2.30 Patience Alexander ran so far below form last time that I can’t factor her in and see this as a 3 way affair between the market principals. Ground is key for me and I would be against Tiggy Wiggy if it stayed very quick, but for her if it were to revert to good or softer

3.05 Tricky handicap. Bronze Angel interested me at first glance having won over C&D recently. However I am perplexed that he races off a 2lb higher mark than last time – and he is actually worse off with Fort Bastion who finished ahead of him there. The winner of that Goodwood race, Red Avenger is only 3lb higher and would appeal again if it stays quick – Fort Bastion would be top of the shortlist on slightly easier ground.

3.40 King George and Oaks heroine, Taghrooda, is way ahead of these on form and unopposable. 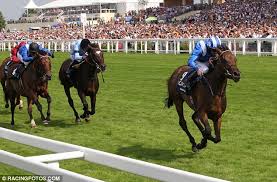 In what could be a tactical race I favour Volume to come out second best and ‘betting without the favourite’ could be the most interesting option here.

For now with so many uncertainties surrounding the going and not much value in terms of prices around, it’s a no betting day for me as things stand tonight.
If anything changes tomorrow I will update on Twitter (@Senor_Moodoir)

Good luck to all and thanks for reading

Posted by senormoodoir on August 20, 2014 in Uncategorized