Ladies day at Goodwood on Thursday has a couple of interesting betting opportunities for me and prompts me to write a short blog piece. (Too long for Twitter to handle)
Goodwood is a lovely course to look at or to sit and have a picnic at but its intricacies can make it a prime venue to find ‘unlucky losers’. While staying on the inside is the shortest route, gaps can be hard to come if you are on a hold-up runner.
It’s a course where Arabian Comet has shown her best form and she returns to the Lillie Langtry Stakes at 345 in which she finished a close second last year. Her reappearance run at this track this season saw her be one of those ‘unlucky losers’ when the gaps didn’t appear quite right. However that was over 12 furlongs (as was her last run when being held up behind a relatively slow pace was all against her)
She’s back over a trip that suits her very well, a course we know that suits her and the drying ground is all in her favour. In short I feel these are her optimum conditions and this is a fine chance for her to record a Group race victory.
Old rival Jordan Princess had the run of the race last time. She is probably the main danger but this trip is unknown territory and I’m not sure will be to her advantage
That bit of luck on this track will of course be needed but in a big field there really ought to be some pace in this race to make it a decent stamina test (and in so doing lessen the chances of traffic issues) 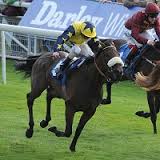 The feature race at 3.10, The Goodwood Cup is a tight looking affair in which I can just about make a case of all of the field. I’ll be passing that by but the opener at 2.05 does have some possibilities.
In its former guise as the Extel Handicap in the 70s and 80s this used to be a breeding ground for future Group race winners.
Racing History looks the most obvious type to make it to that grade. He’s still relatively unexposed and this full brother to Farrh and Basem could be somewhat better than his mark of 99.
It is the history of those two siblings that does prompt some caution though. They both started to reveal their potential at the age of 4. Racing History still looked a bit green last time and it could be that a competitive race like this might be just a bit too far at this stage.
It wouldn’t be a surprise to see him win but at around 7/2 I think there is more value to be had with Paul Cole’s Rotherwick.
This one tried his best to mix it with subsequent Irish Derby winner Jack Hobbs at Sandown earlier in the season. The effort almost cost him second place but I feel he could be rated better than what the bare form appears there.
At Royal Ascot he found the trip a bit sharp in the Britannia and last time at Newmarket, he was well and truly caught out by Resonant poaching a lead that couldn’t be caught. He probably should have been third but for Adam Kirby taking it a bit too easy on him close home. On revised terms I think he has every chance to reverse form with Resonant and the second Gibeon (also raced more prominently as seemed to be advantageous that day)
It’s a shame we are down to 15 runners in this now as that means 4 places aren’t widely available for each way betting. Luckily there are a few bookies offering a concession and so that’s the go to place for the second recommendation
0.75 pts ew Rotherwick 2.05 Goodwood –  take 16/1 with Betfair Sportsbook/Betfred/Tote all offering ¼ 1234

Good luck one and all

Posted by senormoodoir on July 29, 2015 in Goodwood