Greetings all. The blog has been empty for a while but it’s largely there for my Cheltenham and Aintree thoughts so with the New Year settling in a few scribblings seem warranted!

I tend to think of January and February as quieter times for betting as races often become more about trials for the big thing and it’s the time to start bolstering the Ante Post portfolios instead.

Recent years havent got any easier with extra novice hurdles and novice chases making the guessing game of ‘who runs where’ so much harder – this year is no exception.

No obvious star heading the market yet here and until one emerges I tend to think this could be another slightly substandard year with the newer JLT Chase over a shorter trip the following day steering away some of the classier and speedier types.

Emma Lavelle’s LE BEC has done little wrong in the two obvious trial races at the course before Christmas (beaten last time but came out best from a weight perspective) and am surprised that 16/1 is still generally available. It would be a surprise if he didnt turn up in the race and that course experience has to be a plus where so potential rivals from Ireland have yet to visit here at all.

A 7 year old Irish bred staying type would seem the ideal fit for this event so I also throw in O’FAOLAINS BOY as one to keep on the right side. One look at this tank of an animal would be enough to tell you that chasing was always going to be his game but he still managed a good fourth at last year’s Festival over hurdles. His reappearance at Ascot was full of promise, coming to win  the race before fitness told late on. Another run or two for further experience would be hoped for and it easy to see him returning for something like the Reynoldstown at Ascot ( a key trial race in the past) . 25/1 is still available in places and as long as he builds on the promise of that first run can see it only moving downwards.

Formerly the Jewson Chase this race now matches the RSA and the previous days Arkle at Group One Level and there are some classy individuals at the forefront of the betting here. Many do have alternative entries and can’t be guaranteeed as runners but I would be stunned if OSCAR WHISKY ended up somewhere else. Throughout a top class hurdling career connections always wished for a race at his meeting between the 2 miles of the Chapnion Hurdle and the 3 miles of the World Hurdle. They never got it but they now have a race over the ‘ideal’ trip and his campaign so far his season has stuck to the same distance. In common with many of his owner’s horses he needed the run first time up and has since avenged that defeat by Taquin Du Seuil over the course. He’s also had to do a lot of the front running work in his races thus far and a stronger and bigger field come the day should surely suit. Plenty of Festival experience here to fall back on ( 6 course wins and only disappointments coming over the 3 mile trip) convince me that quotes of 10/1 are way too high here. 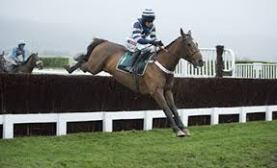 I thought Irish raider Analifet appeared someway above her rivals in this grade but her sad injury over Christmas has left a very wide open feel to the race. Nick Williams’ Le Rocher won the main juveniles division race at Chepstow but subsequent interviews seemd quite obviously to reveal he wasnt a likely Triumph runner. That space was more likely to be filled by his stablemate FOX NORTON who is held in similarly high regard. Before this one’s last win there seemed to be a general perception that he was flattered by his narrow defeat to Nicky Henderson’s Royal Irish Hussar at Market Rasen (the latter subsequently improving to win twice impressively since). At Doncaster he then turned round the form in what could have been a very smart race – yet there still seems to be a lack of recognition in his claims with some 25/1 quotes (maybe under assumption that Royal Irish Hussar just wasnt the same horse) 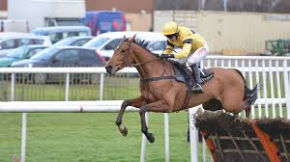 I’ve long been a fan of FIRST LIEUTENANT and was a bit gutted to see him rerouted to the shorter Ryanair Chase last year so that his stablemate Sir Des Champs would run in the ‘big one’ instead. This year Sir Des Champs is out with injury and nothing would seem to bar Mouse Morris’s charge being aimed at what should be the correct race. He’s long appeared as a Spring horse and form achieved before March has been a bonus – furthermore he’s always looked the type who would improve into his frame as he got older. I do believe his most recent defeat to Bobs Worth represented another step forward and can see further improvement from that in March.

His Cheltenham festival record reads 122 with the defeats coming from the aforementioned Bobs Worth and Cue Card last year. Cue Card is surely vulnerable up the final hill over this trip were he to run here however.

Bobs Worth is a different matter and is obviously the one to beat but at their respective odds the value is firmly with the Irish challenger for me (King George winner Silviniaco Conti’s lack of proven course form a big concern). I do worry with ‘Bob’ being such a trier that it will come back to find him out one day

2pts ew First Lieutenant 12/1 (365, Betfred, Tote all offering this with NRNB for some extra safeguard) 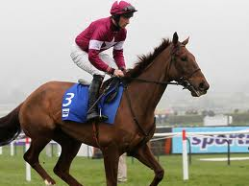 When SOLL won at Sandown last year it was hard not to be impressed by the way this giant of a horse skipped round the fences. He went on to run at Aintree staying prominent for much of the way before weakening in the straight to finish 7th. His campaign last year suggested the National wasnt always the aim (competed in both Hennessy and Welsh National earlier in the season) but his performance there and quieter start to this season are indicative that there is firmly one one aim this time. His reappearance run was eyecatching, he’s now the right age at 9 and my fingers are crossed he now has a suitably light preparation to capitalise on an ideal looking mark of 139.

Hills are still dangling a juicy 50/1 carrot and would advise taking 1pt ew at those odds.

Thats all for now! Thanks for reading as usual , good luck with whatever you back and any comments are greatly appreciated

Hopefully back on the blog sometime in February for another look at the Ante Post markets but definitely back for the second week in March again!

Posted by senormoodoir on January 9, 2014 in Uncategorized