I’m glad to say that the blog will be back next week for daily previews from National Hunt racing’s greatest festival.

I will be back on Monday afternoon for a full preview of that days racing. Then as in previous years, I will hope to post each evening my thoughts for the following day’s card (hopefully in advance of the Pricewise selections being released at 7pm each evening)

Like myself, many will have put in hard study already. For those who haven’t and who want to burn the midnight oil between now and next week here’s a few pointers based on my own experience….and a few decent priced early fancies to get the ball rolling.

I’ve been watching this meeting with relish from the mid 1970s and the formbook was my earliest friend. Statistics, times and race reading have all been added as other tools to try to find the winners in the interim. Nowadays, with social media it’s never been so easy to find a wealth of information to help with the quest.

Twitter in particular is a marvellous tool to pick out information and get ahead of market moves if you can follow the right people and pick out the right information.

For anyone wanting to delve further in statistics I have listed some important ones in posts from previous years. Some races are more dependent on these than others. I won’t have time to list all of them next week but there are sites where that job has already been done for me. In particular I must recommend www.gaultstats.com as an excellent tool to keep in the arsenal. The writer has put a lot of work into this and if you find it as useful as I do be sure to make a donation to the charity he is supporting.

Every year there seem to be more and more Cheltenham preview nights across the UK and Ireland and it’s very hard to keep track of them all. Unless you are refreshing Twitter every 30 minutes, most of the information can be found here http://www.fatjockey.com/forum/showthread.php?7098-Cheltenham-Festival-Previews-2017

Be warned for these that it’s sometimes what you don’t hear rather than what you do hear that can be the most interesting.

A common thread amongst nearly all previews this year is the opposition to the favourite Might Bite in Wednesday’s RSA Chase. I can’t say I’d want to be backing a nervous horse like him on a track that probably won’t suit either. If you do fancy him though, the mass of opposition on these evenings in probably an indicator that all firms will be out to lay him next week and you will get a much bigger price then than now!

Odds on many of the races are looking a bit skinny right now and I think we can expect better on many next week (with better place terms also). With so many firms offering ‘Non Runner No Bet’ and many horses still not having definitive targets the layers have been erring more on the side of caution with their odds.

This is probably the hottest novices hurdle of the week. Both Neon Wolf and Finians Oscar at the head of the betting look to have loads of potential and are unbeaten this season. It is worth noting though that the mares in Ireland have been very successful in this sphere this season and the selection has already proved herself close to the best of them. 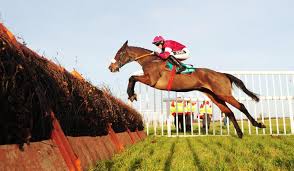 She runs for the Gigginstown/Gordon Elliott team here when they could have run their other star novice Death Duty. I think it’s noticeable that they have kept relatively tight-lipped about her chances while she has been quietly backed in the last week. The slight increase in trip looks bound to suit her and I think she could easily be half of these odds come the day of the race

First thing to note here – and probably a strange thing to say – is that this is an unlikely winner. The value for me is all in the place part of this each way bet though.

Douvan is a short priced favourite and looks a good thing but there have to be 2 horses filling the frame behind him.

If you look in current lists you will find many who won’t actually run – Altior, Un De Sceaux, Vroum Vroum Mag and Uxizandre are all very likely to go for different races, even Fox Norton and Gods Own have other possible engagements although this looks more likely for them. Sire Du Grugy is by no means a certain starter either after recent negative comments from his stable. There is a strong likelihood of a small field though with the hot favourite frightening many off. There could well be less than 8 runners and that will mean that three places won’t be paid on the day.

The selection is an old favourite of mine and his optimum conditions are a fast pace over 2 miles on decent ground. He was better fancied for this race 2 years ago but made a crucial mistake as the race began to hot up and was always on the back foot after and finished 5th.

Yes he has been beaten by Fox Norton already over this course but that was on soft ground and conditions should be much more to his liking here. 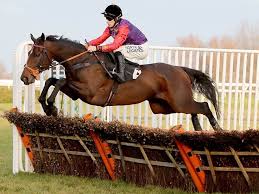 After a narrow defeat in his first venture over hurdles he’s improved with each race since. On both occasions he hasn’t won by any more than he had to but he has looked like he had more in him if required. His has shown quite an efficient hurdling technique so far which should stand him in good stead here. While his most recent form has been over a sharp track, I also think that as a stayer on the flat this course should bring about improvement.

There are flashier types in the field who have better form but I just think there is potential here for this one to mix it with them and his odds shouldn’t be quite as high as they are.

That’s the early selections for now. I will also have a natural bias to support Ch’tibello in the Champion Hurdle on Tuesday. One of the owners is the Trading Director where I work and the whole office will be shouting this one home. I will spare him the added weight of putting him up as another bet but hope his slick jumping on decent ground will see him into a place. If he does win, Tuesday night’s blog may be a little late!

I will be back again on Monday

thanks for reading – comments are always welcomed