Day 2 of York’s Dante meeting has the Dante itself (a major Epsom Derby trial) as it’s showpiece at 3.10 and it’s there I look for one of my two picks on tomorrow’s card
8 runners should be going to post but I think we can discount Lord Ben Stack and Medrano who have a little to find on form. I’m hopeful that one of these two will at least make sure of a decent pace in the race though.
Aidan O’Brien’s pair of John F Kennedy and Ol Man River both look to bounce back from disappointing debut efforts. Ryan Moore has chosen the former who was Derby favourite over the Winter but he’s plenty short enough at no more than 7/2 given his last lack lustre effort.
John Gosden runs two very promising types in Jack Hobbs and Golden Horn. The former is current Derby favourite virtue of an impressive win at Sandown. That was a handicap though and he gain appears short here on what he has achieved. Golden Horn is maybe slightly better value at around 5/1 but he doesn’t seem to have Epsom as his aim – and the fact that he isn’t the choice of Dettori to ride is a slight negative.
So I am looking mainly at the other two– Elm Park and Nafaqa – who were separated by a length at Newmarket last year (as pictured below).

Elm Park is officially top rated in the race at 117 ( the other main 5 rated between 109 and 113) and missed the 2,000 Guineas because of the quick ground to wait for this. This is therefore his seasonal debut and there’s every chance he could need it a little.
That could level things out a little with Nafaqa who was 2nd in the Craven Stakes when Kool Kompany had first run on them all. He missed Chester last week because of the soft ground and this 10 furlong trip should be much more his liking than Newmarket’s mile.
He went into many notebooks after his debut at Royal Ascot last year when totally missing the break and has enough form in the book to make me think he has been forgotten a bit here with a quote of 16/1 from some.
It’s most beneficial to play here with firms who offer ¼ odds first 3 (as long as nothing drops out of the race and we have 8 runners)

Rather frustratingly Medrano has been declared a non runner becuase of the ground – which by all accounts was just about perfect yesterday. This kills the each way angle a bit on this race as it’s no longer a payout on the first three and will be just the first two. The only place where first three will be available (albeit 1/5th odds will be on the Betfair Exchange and their ‘each way’ market)
Recommendation
0.75 pts ew Nafaqa 16/1 (Boyles, Stan James)
http://www.oddschecker.com/horse-racing/2015-05-14-york/15:15/winner

.
The Hambleton Hcap at 345 is the other play and I’m with last year’s second Fort Bastion here.
This one looked Group class in his early days with Richard Hannon but had some issues until Ruth Carr got him back on track last year. He changed stables during the season and is now with the mercurial David O’Meara – and there’s every chance he can get a bit more out of this one still.
Last year he came here after winning the Thirsk Hunt Cup. This year he made his seasonal debut in that race – missed the break – and then continually found his path blocked.
Although only 11th, he finished with plenty left in the tank and didn’t have a hard race – it will have tuned him up nicely for this though and the stable is in form already here (Algar Lad won the sprint handicap on Wednesday) 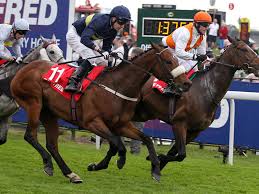 Thanks for reading once more and good luck

A non-runner did mean the Dante became 1st 2 only but it didn’t ultimately effect the Nafaqa bet as he finished 4th – someway behind a high class looking top 3.

Fort Bastion travelled like a winner to me but didn’t find as much as looked likely and just out of the frame. He then ran the following week at Ayr off the same mark and sluiced in! Ho hum!

The Flat season is not proving as profitable as the jumps so far – hoping for a change of fortune in coming weeks.