Day 1 of the Aintree Festival wasn’t a great day at the office.
Hargam was very well backed but ran poorly and the Aintree veteran Big Fella Thanks travelled well to a point but was a bit disappointing behind an impressive win fpor On the Fringe and Nina Carberry . The last selection of the day Bellenos ran well and led into the straight before holding on to secure some place money.
So with the 9pts staked on Thursday the place returned 3.62 pts, a loss of 5.38 pts on the day
The best sight of the day was to see Arctic Fire get up safely after a horrid looking fall in the main event.
Onto tomorrows fare – we might get some watering to the course tonight but we can expect similar decent ground:

http://www.oddschecker.com/horse-racing/2015-04-10-aintree/13:40/winner
Firms have been  very slow to price this race up on Thursday – having said that it is a very tricky affair.
A few notes on some but If I have any selections it will probably be tomorrow now
Mijhaar has seldom shown the talent we know he has but he’s back on the course where he showed his best piece of form this season. I wouldn’t be surprised to see him run well here but he’s just too frustrating to tip.
Baradari never got into the race at all at Cheltenham and could still be spotted full of running in last place 3 hurdles out. He was too far back to make any impression but is capable of better.
I thought Some Buckle had an attractive mark at Sandown last timewhere he ran well despite some very testing conditions and he’s another for the shortlist but interesting that Paddy Brennan elects to ride stablemate Olofi instead
At 9 he’s the veteran in the field but has shown enough in non handicap races this season to make me think he retains all of his old ability – he’s certainly very nicely in on his 4th to Rock on Ruby at Cheltenham in January. The worry is that the ground may just have turned that little bit quick for him
A Gordon Elliott runner with a low weight and winning recent form immediately stands out in a contest like this and no surprise to see Knights Parade as an early favourite
For now it’s a NO BET race

http://www.oddschecker.com/horse-racing/2015-04-10-aintree/14:15/winner
Glingerburn has improved consistently through the season and must be considered the top novice hurdle in the North of England right now. He bypassed Cheltenham for this and is the one to beat with a potent turn of foot.
Qewy ran 5th in the Supreme Novices at Cheltenham, albeit someway behind the front 4. With McCoy on board he looks the stable first string but I am more drawn to his stablemate Commissioned who has been waiting for good ground to return.
It had been reported before his last race at Cheltenham that he disliked soft ground so I’m not really sure why they ran him on it. I’m happy to draw a line through that disappointing run.
He had had a break but was impressive on good ground on his reappearance at Cheltenham – he also ran well at this meeting last year
Commissioned is the marginal selection for now but I’m waiting to see more strength in this market also and maybe a few more firms offering ¼ odds a place before making a bet – check back tomorrow!

http://www.oddschecker.com/horse-racing/2015-04-10-aintree/14:50/winner
This principally revolves around whether World Hurdle runner –up Saphir Du Rheu will reddem himself over the larger obstacles. He went back over hurdles after two non completions in novice chasing earlier this season.
He is surely the best horse in the race but the jumping issue prevents me from getting involved in this race – I would like to see him establish himself as a Gold Cup contender for next season though
NO BET

http://www.oddschecker.com/horse-racing/2015-04-10-aintree/14:50/winner
Hard to rule out anything completely here.
Sire De Grugy would be a highly popular victor but this trip is unknown territory for the former two-mile champ and the ground maybe quick enough for him.
Balder Succes seems to prefer single figure fields. Don Cossack and Champagne Fever looked like they were going to run close at Thurles earlier in the season before the former fell 2 out and are tightly matched.
Cue Card has the best form prior to this season – but nothing has really gone right for him and it remains to be seen if he retains all of his old ability.
Simply Ned was 7 lengths behind Sire De Grugy at Cheltenham but was always on the back foot after a bad mistake at the top of the hill when the race was just starting to develop.
I think he’s the value outsider – he’ll like the ground and has run well at this meeting last year. Stamina isn’t proven but he’s starting to look like he needs further than 2 miles as he gets older.

http://www.oddschecker.com/horse-racing/2015-04-10-aintree/16:05/winner
The ‘Mini Grand National’ is run over the same big fences but a much shorter trip and draws a 30 runner field.
I was a bit disappointed with Rajdhani Express’s 8th at the Cheltenham Festival where conditions all looked to be in his favour. Ground and trip should be right again but he just appears a bit too short a price hereafter that last run
Eastlake was 3rd here last year giving the impression he stayed this trip – something he hasn’t done since. He still looks like he would prefer a strongly run two miles to me
Bennys Mist has run this course well twice before when the ground is decent (1 length ahead of Eastlake in this race last year and only 1lb worse off). He should be prominent once more but is a few pounds higher in the handicap now and that could just make the difference between a win and a place. I don’t really see why he should be a bit bigger than Eastlake in the markets currently though and take him to confirm that form.
At a bigger price still I like Rathlin who has come down the handicap a bit this season but has performed at the highest level in the past. 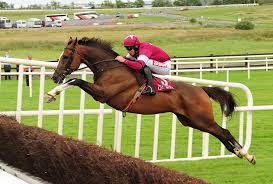 He ran well at this meeting this year behind Boston Bob (Rajdhani Express 7 lengths behind him and 2lbs worse off today). He’s been largely disappointing this season on soft ground until showing some sparkle last time.
I think he needs this better ground and represents the best value in the race
Recommendations:
Search for firms offering 5 places for a start!
1 pt ew each
Rathlin 33/1 (365)
Bennys Mist 16/1 (Tote/Betfred, BetVictor, Paddy Power)

http://www.oddschecker.com/horse-racing/2015-04-10-aintree/16:40/winner
It would be great to see a win for Coneygree’s younger brother Flintham but the ground isn’t anywhere soft enough to favour this one.
Minella Rocco has looked a bright prospect this season but I wonder if he’s ready yet for this kind of level with a big field on much quicker ground than he’s used to.
Vyta Du Roc is more streetwise and would have finished closer at Cheltenham but for a last hurdle blunder (holds Ordo Ab Chao on that run). He’s closely matched on previous season form with Blaklion but the latter was very disappointing at the Festival
There’s a few potential improvers at bigger prices and there have been some turn ups in this race in the past.
Foryourinformation looked a much better horse on decent ground last time and promises to be better still over this longer trip
Our Kaempfer went straight into my notebook after a close third to Red Sherlock in a Cheltenham bumper last season. He ran much too freely when down the field at the Festival that season and has been slow to show his potential again. The penny seems to be dropping in his latest two runs. This 3 mile trip is new and a bit of a question mark but he’s still overpriced for me

5.15 2ml 1fur Bumper
Often a race to sport a star of the future but too many unknowns for me.
I like the way Barters Hill beat off all comers in his Newbury win (Buveur D’Air still a promising 2nd) but the ground will be something quicker than he and many others in the field have so far experienced
I’m too in the dark to be placing a bet on this race
NO BET

Thanks for reading the blog once more

A disappointing day in general with the lack of enhanced place terms being offered on some races for such a big meeting. While it can be mathematical suicide for the bookies to give too much away it’s a bit of a shock to see so many still offering 1/5th ods on the main race of the day the 3.25. There isn’t one of the 10 runners you could rule ourt completely and far worse races have been offered with 1/4 odds in the past.

1.40 0.5 pts ew Baradari @20/1 (Skybet, BetVictor). 5 places would have been nice but everyone is paying first 4. I backed this one at Cheltenham where he was given far too much to do and  am expecting better today. The quicker ground shouldnt be a problem as he ran well on it at Ascot before Christmas

2.15 As previously mentioned I like Commissioned’s chances back on ground that suits and he ran well at this meeting last year. I am fearful of the favourite Glingerburn so I think the bet to be had lies in the ‘betting without the favourite’ market

Posted by senormoodoir on April 9, 2015 in Aintree, Horse Racing