The Grand National is the centrepiece of the 3 day Aintree meeting but there is some fine racing to back it up. Thursday’s card has some top notch entries but it’s a shame a few who looked possible to run have dropped out – many of the races have more of a ‘race to watch only’ feel about them now
Ground is currently good or good to soft depending on which track is being run on but there is a need to watch the weather closely – rain clouds seem to be never too far away this week if forecasts are correct
Many runners will come here after a last run at the Cheltenham Festival – many can solidify their reputation here but others will have peaked there and it can prove costly to expect form to always be upheld.
The Mildmay course, on which most races will be run, is a completely different track to Cheltenham – no undulations to deal with and built more for speed. The National course (used for the Foxhunters on Thursday, Topham on Friday and the Grand National on Saturday) is unlike anything else – some will adapt well and others will hate it.

2.00 4yo hurdle
Prices comparisons here http://www.oddschecker.com/horse-racing-betting/2014-04-03-aintree/14:00/winner
The Aintree version of the Triumph hurdle but no Triumph winner (Tiger Roll) attending this year. Guitar Pete is a solid performer who came out best of these here then in 3rd but many will consider Callipto to be an unlucky 4th after Daryl Jacob lost his irons as the race was just heating up. Callipto holds Activial on early season form – but that one skipped Cheltenham purposefully for this and could come here fresher.
Fox Norton was an Ante Post pick for me in the Triumph – he didn’t run in it but his form wasn’t particularly advertised by Broughton and Royal Irish Hussar there
At a bigger price I’m hoping to see another big run from Hawk High who won the Fred Winter at Cheltenham. He did the blog a big favour there and won that race well, being close to the pace throughout and quickening nicely up the hill. As long as the ground doesn’t get too soft I think he’s the type to go on improving and is a touch overpriced here

I’m one of the original members of the First Lieutenant fan club and he was a successful selection for the blog in this race last year where Menorah and Silviniaco Conti were among his victims. It’s unfortunate he missed this year’s Gold Cup where conditions could have suited him well. Silviniaco Conti finished 4th there but had a hard race and that has to be a concern – when he did win at this meeting as a novice he had missed the festival and came here as a fresh horse.
The danger is Dynaste though, who won the novice race at this meeting last year and comes here after Ryanair Chase success at The Festival
I think First Lieutenant or Dynaste will win but won’t be playing at current odds of 2/1 and 3/1 respectively
NO BET

Would have been a lovely race if Annie Power had come over from Ireland but in her absence this does look a penalty kick for The New One – 2/5 isn’t my sort of price though. 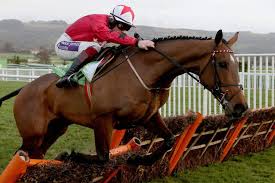 Could be plenty of competition for second – Rock on Ruby and Grandouet have the best hurdling form from the past but both have been chasing instead this year and that could level the playing field with the others. I have no great view who will come out top for the runner up berth
NO BET

The first race of the meeting over the classic National fences.
Mossey Joe is well ahead of the field in terms of class and rating and as long as the ground stays good or good to soft it could well be a case of ‘if he jumps round he wins’.
If rain does come Warne becomes a bigger threat. A slightly unlucky 4th in this race last year he now has the services of Sam Waley Cohen on board who has such an excellent record over these fences.
It seems slightly strange to see such a race with ¼ odds 1234 being offered at some firms and there could well be a decent angle with this tomorrow if money comes down for the fav and pushes others out
Cool Friend probably hit the front too soon in the race last year and has performed well at Aintree before – this mare appears most of the big prices
For the moment it’s ‘no bet’ but that may change tomorrow

Traditionally novices do well in this race and Grand Annual form from Cheltenham is a big influence. Claret Cloak fits both of those stats and although 4 pounds higher than he was there when a close third, he may have been an unlucky loser after a critical blunder 2 fences out . Good or good to soft suits – as does a strong pace – something he should get with the likes of Arnaud and Sew on Target in the field. The race may favour lower weights in the past but I can’t really warm to those at the bottom of the handicap here. Claret Cloak has always looked a classy individual and I believe this course will suit him better than Cheltenham 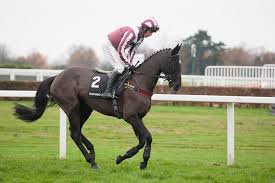 </a
I’m not keen on Paul Nicholls’ runner Sound Investment here whose mark has risen to 140 after two easy wins in weak races.

Only 5 runners but very competitive. I could make a case for them all.
Oscar Whisky has to come back from a first fence fall at Cheltenham which prevents me following him here. Western Warhorse has to prove his Arkle win was no fluke over half a mile further. Really not sure if a step up in trip is right for Dodging Bullets. Good ground seemed to bring about plenty of improvement in Uxizandre last time – and it probably will in Fox Appeal too.
It all adds up to NO BET

2 against the field here:
Novice and those lower down the weights have a decent record in this race. Spirit of Shankly fits that criteria and seems the sort who will appreacite a step up in trip and some decent ground.
Any Given Day represents a stable that knows all about getting winners at this meeting. He was a failure at chasing and lost his way a bit over hurdles last season after encountering heavy ground. A recent bumper win showed he is no back number yet and his hurdles mark has dropped considerably to an enticing looking 140. The price just looks too big here to ignore

Recommendations:
1pt ew Any Given Day @20/1 (coral) – but 16/1 will be equally acceptable elsewhere
1pt ew Spirit of Shankly 14/1 (generally available)

Posted by senormoodoir on April 2, 2014 in Uncategorized