The roar goes up at 1.30 pm when the first race is under way but even now we are still guessing a bit as to what the ground will be.
Soft ground but just how soft – not even clerk of the course Simon Claisse can tell us judged from this quote today :
“I think The Festival should start with soft going tomorrow, but I am guessing because I won’t know until the frost covers are lifted and that process will start as late as possible tomorrow – 10am.
We’ve been getting used to much better conditions for the Festival in recent years and I just hope the ground is somewhat better than we saw at Sandown on Saturday!
Until we’ve seen some action on day 1 however I’m reluctant to go overboard with confidence on any selections

There’s only one stop for value seekers on this race with Hills offering 1/4 odds 12345 and Best Odds Guaranteed. With only 12 runners (and 2 of them with no chance) we’ll struggle to see the likes of this at any time during the year.

My Tent or Yours is definitely the form pick but I won’t be taking 2/1 given all his form is on flat tracks and he should get a strongly run race here to test his slightly suspect stamina.

Jezki didn’t get up the hill well enough here last year to tempt me and Un Atout is just a complete dark horse that owes his price to his connections.

Therefore I look to proven course form with Champagne Fever and Dodging Bullets for any value here. The former is likely to put them to the sword early here to play to his strengths and explot the weaknesses of others. Dodging Bullets will finally get a strong pace that he desperately needs but the softer it is the more his chance could lessen.

Its a race to watch and not to bet for me. Many seem to expect Simonsig to win without coming off the bridle it seems as the ground should favour him more.

Overturn ran a fine race in the Chester Cup on ground that was probably worse than he’ll get here however and he’ll do everything to get the fav off the bridle here. Then comes the crunch question as to what Simonsig will find off it! – the only time we will have seen this since he didn’t find as much as expected against Fingal Bay as a novice hurdler.

I’m not totally convinced it’s a 2 horse race if Arvika Ligeonniere can be settled as he was when he ran here in the Albert Bartlett – if he tries to take Overturn on however it should be to the favs advantage.

A strong stats race in the past. Avoid anything aged over 10 – look for past course form – and lower weights have a big sway. Anything rated over 143 you can almost bin right away on past evidence and the only horse to win with over 11st in recent times was Bensalem with 11st 2lb

Coming out well on these criteria I have Fruity O’Rooney, Knockara Beau and White Star Line. The first two like to be in the van and along with the likes of Midnight Chase and Hey Big Spender could make this a severe stamina test. White Star Line would look much better if you could ignore some very lack lustre performances on this track since his 2nd place in the novices hcap last year ( and not sure the softer ground is what he wants)

I think both Fruity O’Rooney and Knockara Beau have excellent chances if they don’t try to cut one another’s throats.

Of the rags, Tullamore Dew has been placed at the Festival twice before and could well run into a place at 33/1 for bigger price seekers (though his age is against him for winning on stats basis)

The centrepiece of day 1 and it’s a quandary trying to work out how it will be run. They probably all want a decent pace but with no Overturn, Celestial Halo or Osana to help them this year who will make it?

My ante-post loyalties lie with Zarkandar but rather fear he may have to take on the front runners role. Hopefully Rock on Ruby and Countrywide Flame may share the load to ensure it doesnt resemble a French Group race!

I cant recommend anything at current odds – the only one I think is priced up incorrectly is Cinders and Ashes who should be at least double his current price on this going!

Not a favourite of mine since watching the race in 2012 where they dawdle for all but the last few furlongs and it developed into a very messy sprint.

Previous experience in these Cross Country events has been vital in the past so I am going totally against the grain in suggesting Any Currency for anyone who really wants an interest. He loves the normal course here and local trainer Martin Keighley has schooled him over the fences recently (said to have adapted to them very well) so he isnt the total beginner. Very small stakes though!

A Quevega benefit for the last 4 years – they tried to beat her by having no pace last year but that didnt work. Hopefully it’s run sensibly this year and Kentford Grey Lady should be suited best of the ew contenders. Couldn’t put anyone off Swing Bowler or Alasi to grab a place but there was 1/4 1234 available on this race without the fav last year and we could have done with that again.

I previewed this on http://www.cheltenhamtips.co.uk before weights came out and very happy to see my 16/1 selection The Druids Nephew still to the fore. He’s now 8/1 but still appeals most of those at the front of the market as I feel his mark is very lenient. I don’t think Colour Squadron is on as good a mark as others do and the ground has gone against Carlito Brigante. 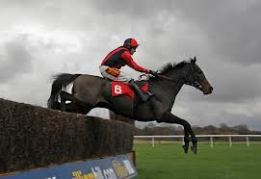 Thanks for reading and best of luck to all!

Posted by senormoodoir on March 11, 2013 in Uncategorized